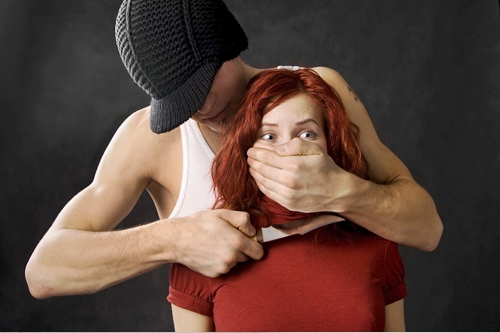 In everyday life a woman has to go through many challenges. In this uncertain world, a woman is never safe because streets and even workplaces are full of stalkers, thieves and rapists. No matter how much care is taken it is very difficult to be completely safe. To cope this issue, a female must know how to be her own superhero in time of attack and learn self defense. 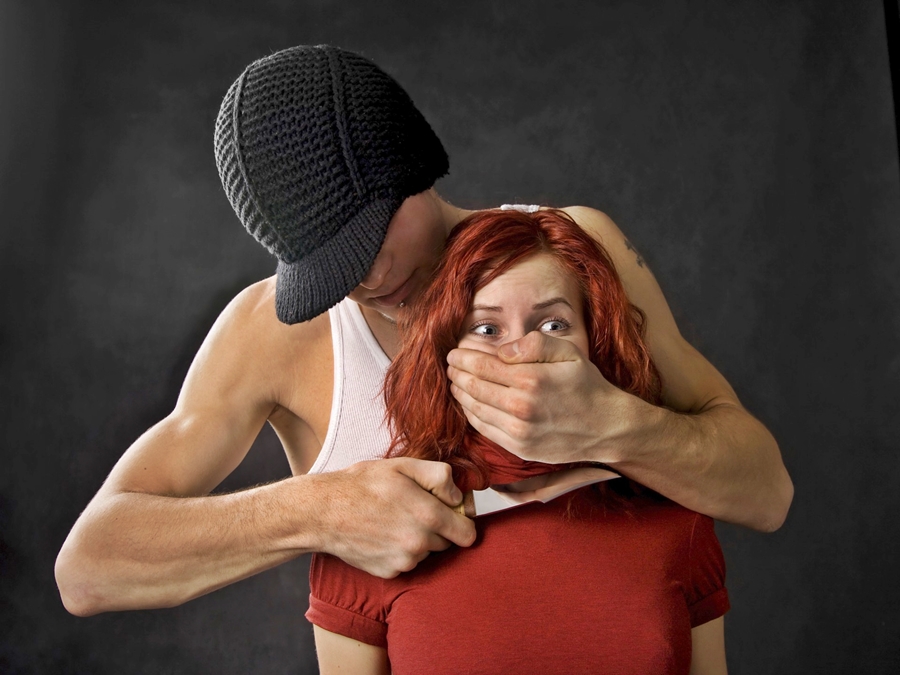 IMPORTANCE OF SELF DEFENSE FOR WOMEN

Statistics have shown that a 21 years old girl has 25% risk of being a victim of violent crimes. So there are many chances that every woman has to go through such situation in some period of her life. That is why females should know how to protect themselves without anybody’s help. Also women are favorite victim of such offenders because they are considered weak and vulnerable to attack. So we should realize the importance of self defense for women.

The most commonly seen crimes against women include rape, purse snatching, stalking, forced abortion and criminal violence etc. A woman must realize that she is strong enough to prevent such attacks.

Every person in this world is blessed with a sixth sense but in case of women, this sense acts as a super power that warns them that something is going wrong. So, a female must never ignore her gut instincts as these are first self defense against assault. 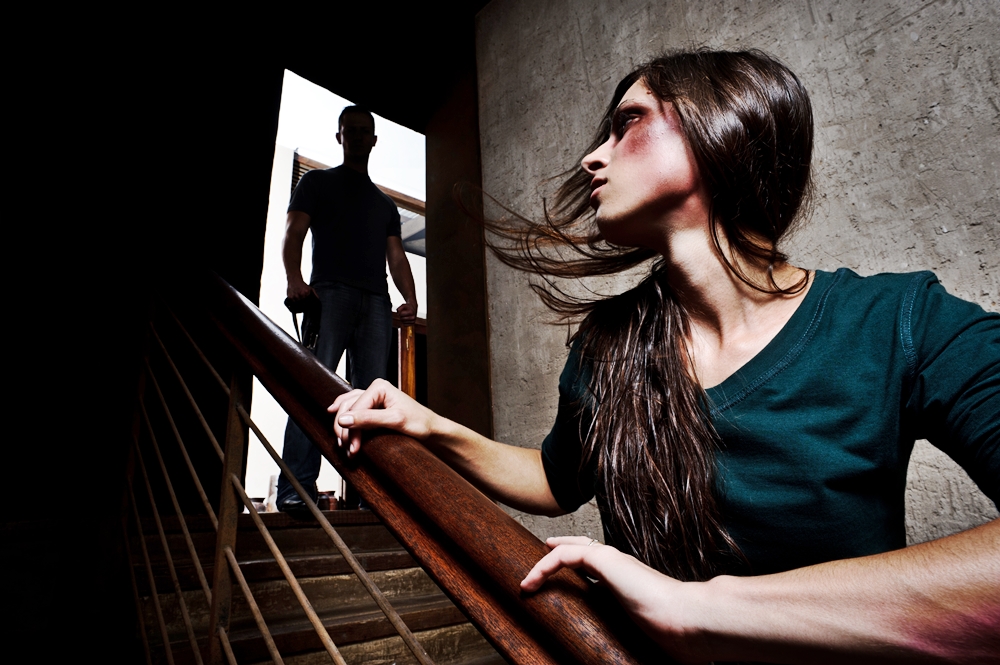 PREVENTION IS EASIER THAN DEFENSE

Prevention is the first basic step to protect yourself from being a victim of assault. Following are some basic tips to prevent the attacks:

1. Be aware of your surroundings while going outside. Keep an eye on people and things around you.

2. Do not become distracted by using cell phones while walking and try to avoid parking in dark places.

3. Make eye contact with strangers while talking because it will portray you as a strong personality and the predators will step back.

4. While parking, do not sit in your vehicle for too long instead immediately lock the vehicle and move away.

5. While heading towards somewhere, try to be in large groups of people instead of walking alone.

6. Dogs can be helpful too while going outside so it will be beneficial to take your dog with you when going out.

7. Keep some useful items like pepper spray, stun guns, tasers, aerosol sprays etc in your purse in case of emergency.

Although the above mentioned tips can protect women for some extent yet they do not ensure 100% protection. For this purpose one must learn how to attack as well. 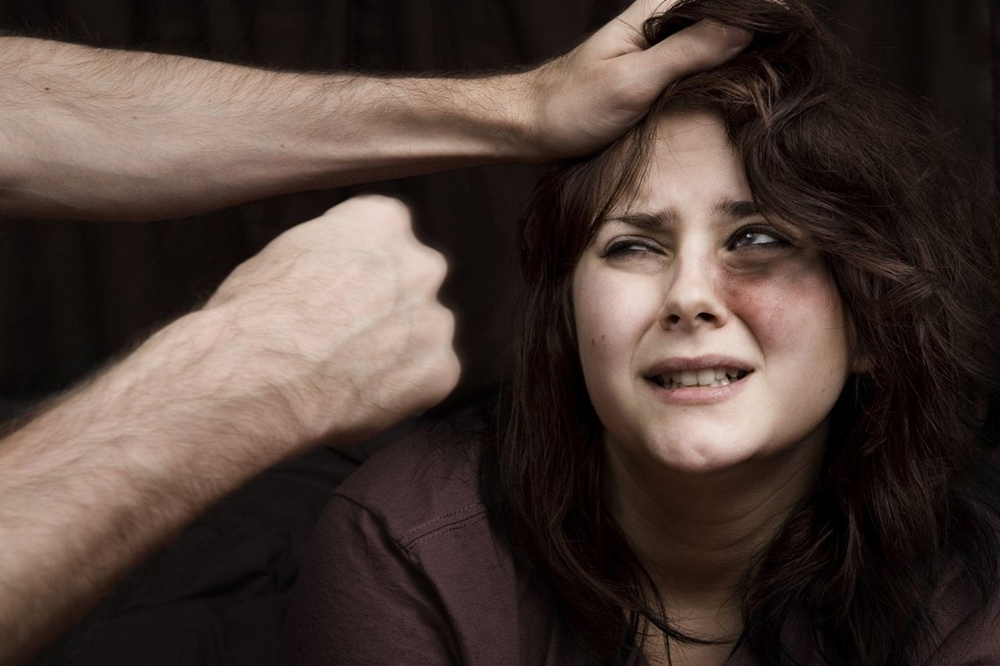 It is a famous proverb that “Attack is the best defense”. So women must keep this thing in mind that along with protection they must learn to attack too. Following are some simple self defense techniques to protect yourself during attack by an offender:

Avoid complications: Try to keep it simple. Do not indulge yourself in complicated actions as they will disturb your focus. So avoid fancy techniques and just do simple actions.

Yelling: It is very helpful in case of attack . Firstly, it increases power of attack as much as 33% and secondly it helps to attract help and changes the focus of attacker.

Use strong muscles: Use your strong muscles as a first priority like hips and shoulders. Try to grab the attacker using your muscles having greater power.

Go for weaker areas: During attack by a predator, go for weaker areas of body. If you are attacked from back, hit his face with your elbow specially on face and throat. If he is in front of you, try to kick with your full force on his groin or knees. If arms are open, then pinch his armpit with muscle tearing force.

Get a chance and run: As soon as you get a chance, just kick hard and run with full speed. Dont miss the chance ever as in case of failure it may offend the predator who may get dangerous. So by considering it your last chance just run.

Avoid second location: If predator tries to shift you to a second place, make your maximum effort to stay away from it. Even if you are threatened by a gun in public place, make a run in zigzag pattern and you can also attack on private parts.

Think like a Marine: Take charge of your own safety and think like a marine for sometime. Dont just defend but counter attack also . Drive through with your full power and pound on him like a hound.

Forget about injury: A woman must never underestimate her powers and ability to bear injuries. During attack, do not feel vulnerable to your injuries and just remember that whatever it is, it is still less painful than child birth and God has made every woman capable of handling pain with strength.

Search for helping objects: Keep an eye on the surroundings and search for any object or weapon that could be helpful. Just grab that and smash as hard as u can.

Stay focused: No matter how much worse the situation has become, stay focused and keep your mind alert. Do not give up at any cost just keep trying .

Martial arts: You can also join some institute that gives training about simple physical techniques to attack. You can practice them and be prepared. 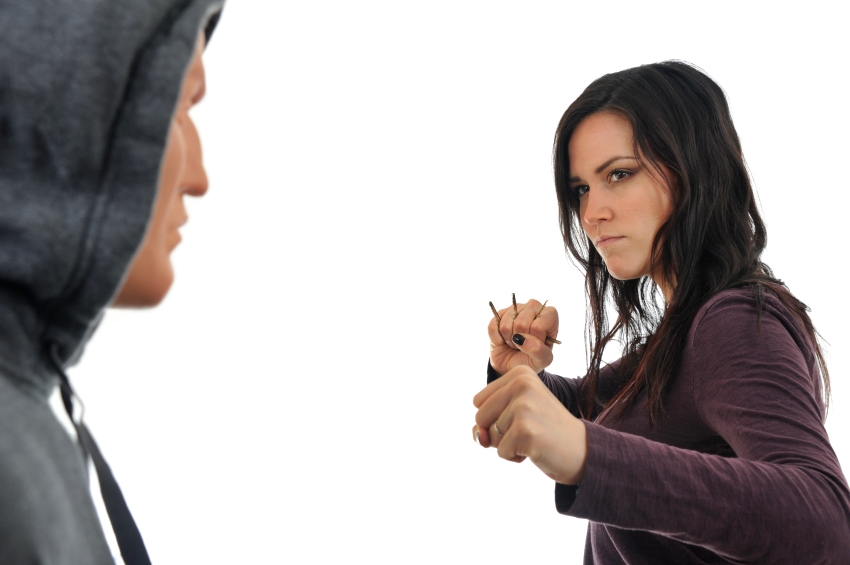 SELF DEFENSE GUIDELINES FOR WOMEN

Some common myths are prevailing in the society which must be in mind in case of emergency.

1. You don’t only have to cause pain to attacker, you have to physically injure him badly.
2. It is false that only being fit can save your life. You have to use your mind too and go for weaker areas.
3. Don’t focus on blocking his attacks instead go for one.
4. It is said that try to hit as frequently as possible but its not true. Instead, hit him on a single place for one or two times but with your maximum force.
5. Never ever try to negotiate or reason with your attacker as it is of no use these days. If there is some weapon , just attack.

Although it is very difficult to protect oneself during such fearful and horrible situations yet women can protect themselves following above mentioned tips and techniques to the maximum extent for self defense.